Isn’t the Starling framework awesome! It’s as much a part of the Flash/AIR platform as the native APIs themselves. In my opinion, it’s single handedly responsible for so many developers sticking with Adobe’s platform over the past few years. With Starling you can create 2D games that are every bit as impressive as games written in any other rival technology and 2D rendering engine.

But what if you’re new to the Starling framework? There’s a lot to learn, which can be quite daunting for a noob. And let’s be honest, there’s also plenty of seasoned Starling devs out there who would love to know more and get the best performance possible from the framework. 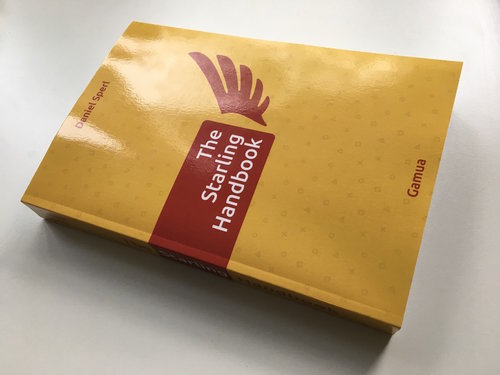 Well, that’s where the Starling Handbook comes in. Daniel Sperl, the author of Starling has taken time out to write the official Starling framework book. It’s packed full of information for beginners and advanced users alike. You’ll learn the fundamentals of Starling by building a complete game from start to finish.

You’ll also learn how best to structure your code and get things configured properly for your IDE. And if you want to take things further, Daniel digs deep into the API and shows some pro tips and tricks that will help you maximise performance.

The book also has a chapter dedicated to mobile, which details how to write software for multiple screen resolutions and pixel densities. It’s also great to see a section dedicated to the Feathers UI framework and another about Starling Builder.

So do yourself a favour and get a copy of the Starling Handbook. It’s available both in eBook format and in paperback, and can be purchased here.