So I finally found some time to start coding the Bunny Vengeance game idea that I’d been working on with my buddy Alex. The first prototype will be fairly simplistic but it should give us an idea if it has any mileage. 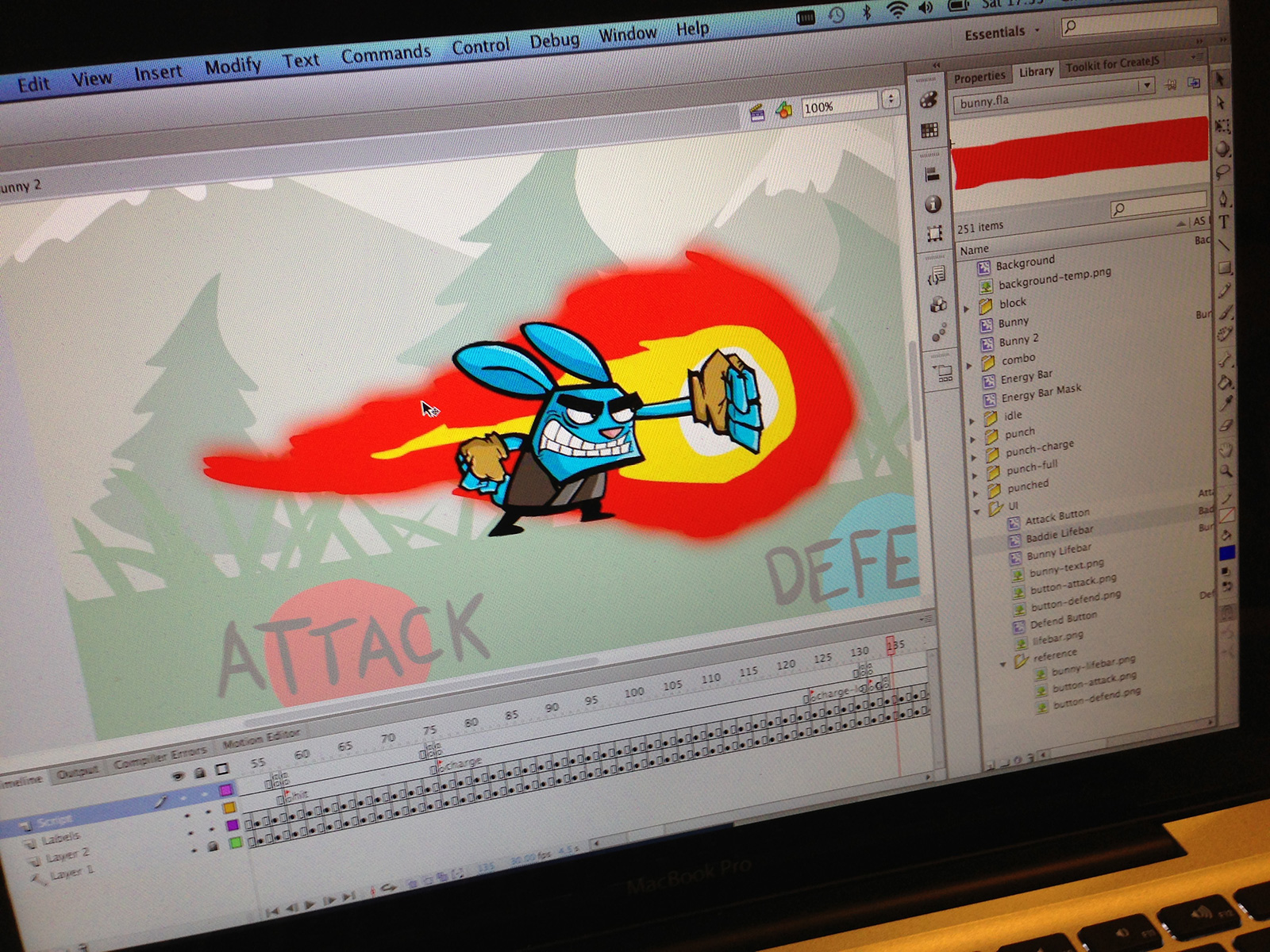 Alex has sent over a tonne of animation and I’m using Flash Professional to quickly throw things together. I’ll hopefully be in a position to show it running on an iPad in the next few days but in the meantime I’ve included a quick screengrab from my Mac above. Doesn’t Alex’s stuff look pretty awesome!