Here’s by far the most beautiful AIR for iOS game to date. Machinarium, the award-winning, point-and-click adventure is now available for iPad 2 and managed to grab the #1 spot for all paid categories in the US after just one day! 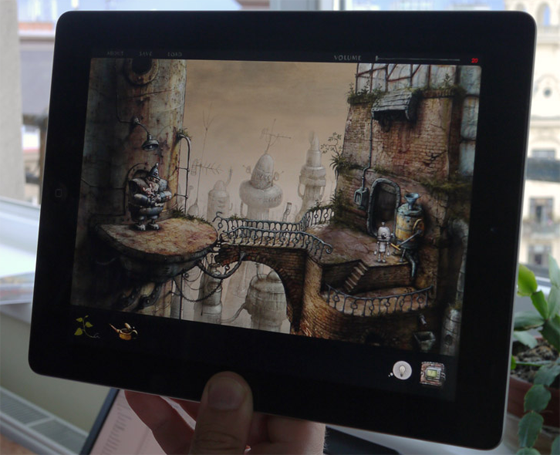 Many of you will recognised Machinarium as it started life as a Flash in-browser game where it received considerable attention and much deserved critical acclaim. So it really made perfect sense for developers, Amanita Design, to use Adobe AIR to port it to iPad. And thanks to AIR’s cross-platform support, Machinarium will also be coming to Android Market and Blackberry AppWorld very soon.

If you’d like to know more then Adobe evangelist, Tom Krcha, has an interview with Machinarium’s designer, Jakub Dvorský. Here’s a little snippet from the interview, which I think sums up the strengths of the Flash platform for mobile and tablet development:

We don’t know any other tool for making such rich and interactive animations like Flash. And AIR was for us the only way how to get the game on iPad and other tablets in a relatively short time.

Another success story for the Flash Platform on mobile and I’m looking forward to seeing what comes next now that AIR 3.0 is on the horizon.