With my Russian roulette game done and dusted it’s time for me give you lucky readers a sneak peek at my next project. I wont reveal too much at the moment, mainly because it’s still in the very early stages, but I can tell you that it’ll be an iPhone game starring a monkey called Dare. Why the iPhone and why a monkey? Well the iPhone seems to be what all the cool kids have these days and I’ll be able to focus on a single screen resolution, which makes life much easier. As for the monkey, well everyone loves monkeys and they just seem to work in video games. 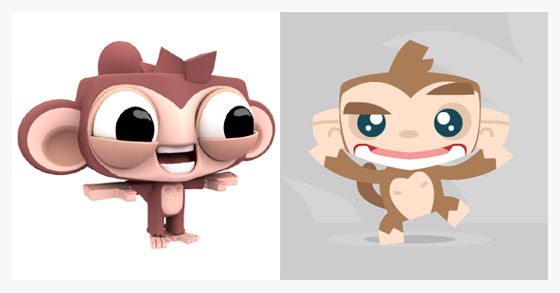 I’ve got two artists with me on this one, although I’ll admit that I’m a bit apprehensive about working with either of them due to some peculiarities they have. The concept art is being done by a dude named Steve Koran who unfortunately was recently bitten by a zombie and has become one of the living dead himself. Interestingly, the shuffling and unpredictable motion that comes with being a zombie seems to work well with his drawing style and I now have him chained to a desk and working happily away. Getting the concept art off him can be dangerous though. On several occasions he’s tried to bite me as I reached over to grab the drawings.

The other creative will be taking Steve’s concepts, converting them into 3D models and animating them. But this is where it gets even stranger and I promise you I’m not making this up. The other artist is actually a future version of myself trapped in the present. Now I know this sounds completely bonkers but it turns out that time travel isn’t that difficult. Apparently all you need is a couple of cardboard boxes and some argon gas. Unlike my future self, just make sure you don’t lose the boxes or you’re gonna have difficulty getting back to your own time. Anyway while there’s a duplicate copy of myself running around I thought I might as well put him to some use and get him working on the graphics. To hide the fact that he’s actually from the future I’ve decided to pretend I have a twin and will from this point on refer to my future self as Alan. 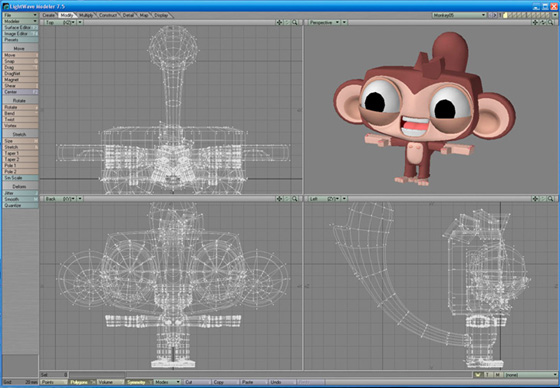 I thought that this would be the perfect opportunity for me to create something in preparation for the release of Flash CS5, which will allow developers to build content for the iPhone. My previous mobile projects have all been Flash Lite based so it’ll be good to write some ActionScript 3 for a change. I’ll keep you posted and will reveal more details about the game over the coming months including one other very important character.