The nice folk at Packt publishing sent me over a couple of iOS books recently to have a look over so I thought I’d write a review of each one for you guys. Today I’ll cover the first of the two books that I read: Object-Oriented Programming with Swift 2 by Gaston C Hillar. 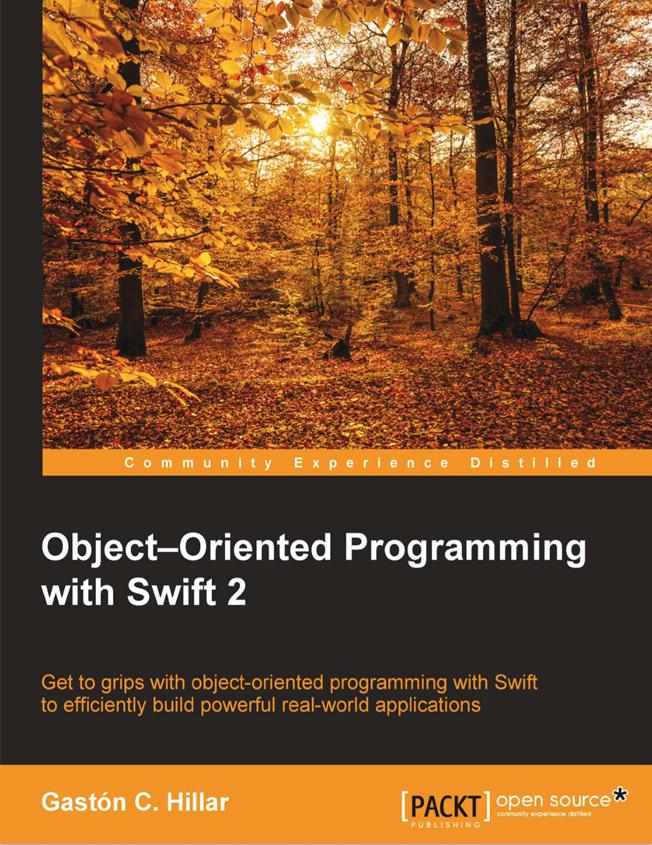 The book isn’t aimed at newcomers to programming. You’ll need to know at least one other object-oriented language in order to get the most from it. That can be just about any language such as Objective-C, C++, Java, or ActionScript. Oddly however, Gaston does spend a decent amount of time explaining the basic principles and concepts of object-oriented programming, which most developers will already know. However, for reasons of completeness, it’s probably a necessary step.

As for the quality of the material, it’s mostly excellent. The majority of the chapters will have you using the Xcode Playground to work with code rather than muddy the water by having you try to write an actual app. The Playground is an ideal way to learn and will ensure that you are focussed on the Swift language at this point.

Everything you’d expect the author to cover is there plus a little bit more. One of the later chapters delves into Swift’s functional programming features, while the final chapter has you build a very simple native app to help introduce you to iOS development with Xcode. There was also a very good chapter covering generics and the book also does a good job of explaining protocols to those who aren’t familiar with them.

While I’d already consider myself more than comfortable with Swift I did pick up the occasional trick or two from the author. If you’re already an experienced Objective-C programmer and you want to learn Swift then this book is ideal. It’s also perfect for most people who know another object-oriented programming language and want to familiarise themselves with Swift.

While it’s certainly not as comprehensive as Apple’s own Swift 2 Language Guide, Object-Oriented Programming with Swift 2 does provide some focus allowing most developers to get to grips with the majority of the language relatively quickly.

A well written and enjoyable book.