Here’s three games all worth a look. I’ll be honest, Flash was only used in one of them but the other two were created by developers who know the Flash platform pretty well. 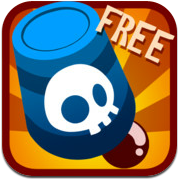 We’ll start with the Flash one. Developed by ShortCut Studio, this fun little game has you keeping track of the cup that has the ball underneath it. With only three cups on the table it might sound easy, but you’ll need the eyes of a hawk if you want to progress through the levels. With some funky music, a good sense of pace, and some really nice artwork, Speedy Cups shows how a simple game concept can be easily created using Adobe AIR and deployed across multiple handsets. Speedy Cups is free and can be downloaded from Apple’s App Store, and Google Play. 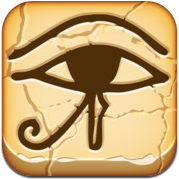 I’ve written about Dave Wagner before and it’s great to see him getting his first iOS game out there. Matching Set is a fast-paced pair matching game where you connect as many tiles as you can. Expertly executed and maddeningly addictive, you’ll find yourself coming back to this one time and again. Matching Sets is written in Objective-C, but if you’re curious there’s also, Rivers of Olympus, which is similar but written in ActionScript. Worth downloading both to see how they compare. If you can only purchase one then get Dave’s coz he’s a good friend and deserves your gaming time 😉 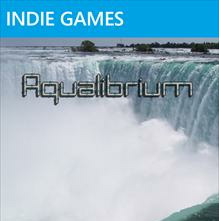 My buddie Alex is a hardcore C engineer, and like Dave knows mobile devices inside out. In his spare time, Alex bashes together Xbox LIVE indie games. His latest is the rather excellent Aqualibrium, which is a port of the 32-bit Acorn Archimedes game called Cataclysm. The game has you attempting to save your submerged ship (the Orcna) from flooding by redirecting water into escape pipes. It’s great fun and you get to fly a jetpack too! If you’re a fan of old retro games then you’ll feel right at home with Aqualibrium.