My five year-old nephew wants to be a ‘game inventor’ when he grows up. He’s got all sorts of mad ideas for games he’s gonna make including one where Sonic the Hedgehog teams up with the robots from Pacific Rim to kick Doctor Eggman’s ass. Sounds awesome!

Not one for waiting around though, wee Freddy has decided to start climbing the game dev ladder already. With the help of his daddy, he provided some feedback on a beta build of Shred It! which is a gorgeous endless runner snowboarding game for iOS and Android. 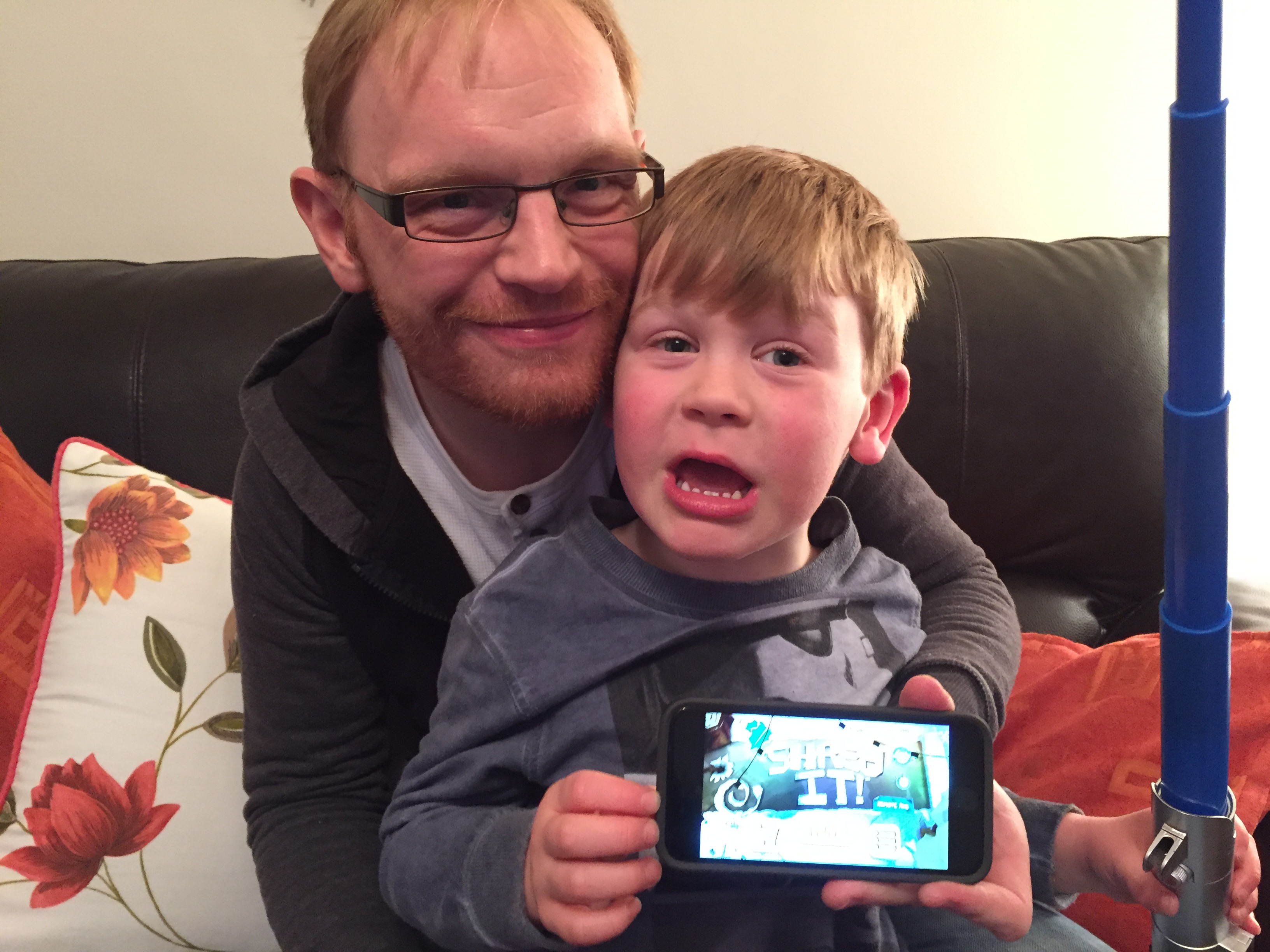 Freddy and his daddy proudly showing off the latest version of Shred It!

Freddy had a brilliant list of questions and observations that impressed the guys at Extra Mile Studios so much they gave him a credit within the app! How great is that!

Here’s some of the feedback and questions Freddy asked his daddy while playing Shred It! I’m sure you’ll agree it’s all valuable stuff:

I’ve played the recent version of Shred It! and it’s really great. Freddy’s feedback (and his dad’s) has really helped tighten the gameplay up and keep you playing. A huge thanks to Bobby from Extra Miles Studios for sticking Freddy’s name in the game’s credits screen. It really made Freddy’s day and he keeps telling people that he helped make a game.

Shred It! was recently featured on the App Store and has a full five-star rating across all versions. If you fancy a game that will put you in the right mood for Christmas then Shred It! is for you.

Have a great Christmas everyone!