I was really lucky to get the opportunity the other day to attend a lecture by Bjarne Stroustrup, the creator of the C++ programming language. He gave a really insightful talk about the history of C++ and covered some of the major additions coming to C++14. He also spent some time highlighting common mistakes and bad practices before talking about how to actually do things right. 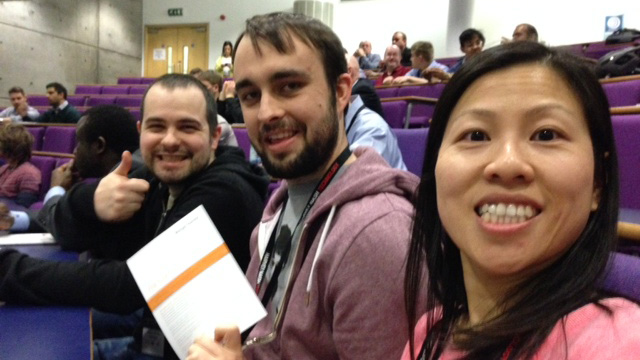 Andy (look at that grin), Iain, and Amanda getting pretty excited.

I haven’t written anything significant in C++ in years and thought that Stroustrup’s talk might give me the kick up the backside that I needed to spend more time with it. I definitely came away from the talk feeling inspired but I did learn that I’m most probably a very bad C++ programmer and also that the language has moved on quite a bit in the decade or so since I last used it in anger. 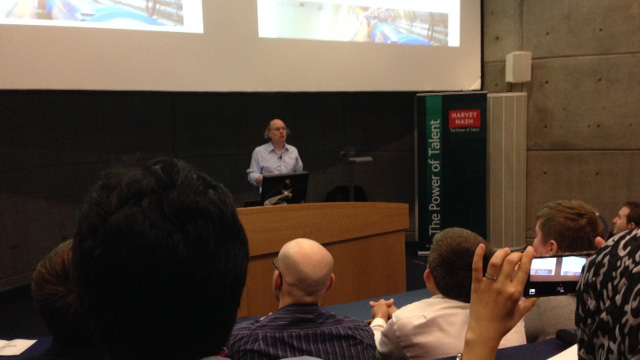 While I did enjoy myself, the evening was really for the hardcore C++ developers out there. My buddy, Angry Andy, is one such developer who eats, sleeps, and breathes C++. He loved every minute of the talk and had the cheesiest of grins on his face during the whole two hours. As an added bonus for the evening, I spotted one of my old university lecturers, Duncan Smeed, who was one of the co-creators of the Dragon 32 home computer. How cool is that!