Over the past few weeks I’ve been playing quite a few really great mobile games written in Adobe AIR, so I thought I’d list them here for you guys to check out. All of them are definitely worth a look.

I’ve probably spent more time with this game on my iPhone than any other in the last six months. Help Me Fly is a great little puzzler where you’ve got to jump start your biplane by connecting circuits between it and a power source. It’s a beautiful game with a lot of charm and a subtle but effective use of animation. The 60 levels will keep you going for quite some time and there’s apparently more to come in future updates. Help Me Fly is available for both iOS and Android devices. The first 20 levels are also available on the web.

Snailboy is perhaps one of the nicest looking games powered by Adobe AIR to date. It’s a physics based puzzle game where you’ve got to catapult, prod, and nudge Snailboy around each level in order to rescue his prized collection of shells, which have been stolen by the evil Shadow Gang. Gameplay is simple and intuitive, and you’ll soon find yourself comfortably navigating your cheeky garden mollusc through each of the game’s tricky environments. It’s all good fun and I must say that Snailboy is one of the most polished looking Adobe AIR powered games I’ve seen on the iOS App Store.

I almost spent as much time with KAMI as I did with Help Me Fly. The only reason I didn’t is because I managed to complete its 36 levels quicker. KAMI is a fantastic Japanese influenced paper puzzler. It’s both simple and beautiful and will have you spending hours trying to complete each of the game’s increasingly complex levels. While most puzzle games eventually frustrate, KAMI has a soothing quality to it that will make you feel somewhat relaxed even when you’re revisiting a particularly hard problem for the umpteenth time. Easy to pick up but very hard to put down. KAMI is available for iPhone and iPad. 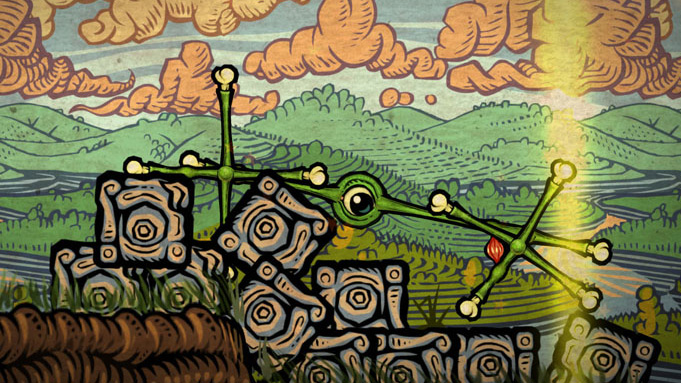 I’ve been meaning to check out Incredipede for some time now but for one reason or another never got round to it. Just like Snailboy it’s a visually lavish affair and also makes great use of physics. It’s a puzzle game that celebrates the vast diversity of life in the world. Your incredipede has the unique ability to grow new arms and legs whenever needed, allowing you to transform it into anything ranging from a spider to a monkey. With a little practice you’ll be navigating the game world by swinging through the trees, climbing cliff faces, and even soaring through the air. Incredipede is available for both iOS and Android. 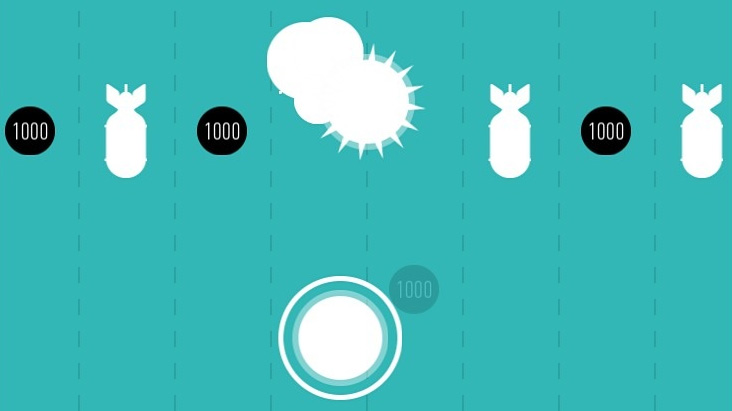 Games don’t get much more stripped down than Fingervals. Guide your fingertip through a vertical scrolling maze of bombs and pickups. There’s a really neat retro quality to Fingervals, from the lovely but simplistic graphics to its minimalistic but well placed audio. It also has a difficulty curve that’s very much associated with 80’s gaming rather than today’s more forgiving offerings. In many ways the challenge on offer leans towards the likes of the excellent Super Hexagon, which is absolutely fine by me and fits perfectly with the game’s old-skool feel. Fingervals is available for iPad and there’s a pocket version for iPhone too.

Pixel art is all the rage these days and zombie platformer, the Tapping Dead, is a perfect example of those 8-bit graphics that we all love. The gameplay is also suitably simplistic, with a tap and hold mechanic being employed to help you guide the hero away from the game’s zombie infested cities. Your character automatically runs through each level, negotiating ladders and drops as they’re encountered. Touching the screen stops them in their track and is the only mechanism in place to stop you bumping into each of the level’s zombie inhabitants. Survival is about quick reaction and timing as you decide when best to halt your hero’s progress in order to avoid having your brain munched. With 150 levels on offer, there’s plenty to keep you entertained. The Tapping Dead is available for iOS and Android. 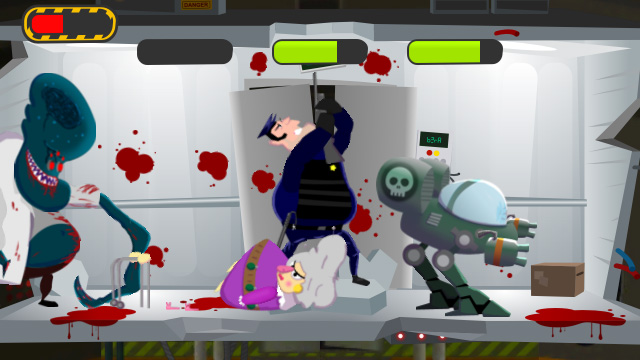 Staying with the zombie theme, Zombie Apocalift is a casual arcade game where you have to look after three survivors as they ride an elevator during a zombie apocalypse. Each survivor is armed and you must help them fend off the zombie horde that’s hellbent on bursting into the elevator and putting an end to your escape plans. The simple aim is to travel as high as possible in the elevator. To achieve that you’ll need to kill as many of the shuffling undead as possible as they try to prevent your escape. Weapons upgrades and player boosts are on offer and you’ll need to use them fairly across your team if you want to make it to the top. Zombie Apocalift is easy to pick-up and good fun. Check it out on the Apple App Store, Google Play, or the Amazon App Store.

Stage3D holds bags of promise but Flash and AIR are still very much seen as platforms for 2D games development. So it’s good to see the full potential of Stage3D being realised in Iron Force – a really cool multiplayer tank battle game. Pick from seven powerful tanks and battle online in a free-for-all or as part of a team. During your campaigns you can make various upgrades to your tank including increasing your firepower, speed, and rate of fire. With close to ten thousand ratings on the Apple App Store and an average score of five out of five, it’s a perfect example of what can be produced with AIR and the Stage3D API.