It really does amaze me what’s possible with UDK without the need for any scripting. I thought I’d try my hand at creating my first deathmatch, and it really wasn’t that difficult to get something up and running. My map was fairly simple, consisting of three rooms connected by two corridors, but it still provided plenty of fun. 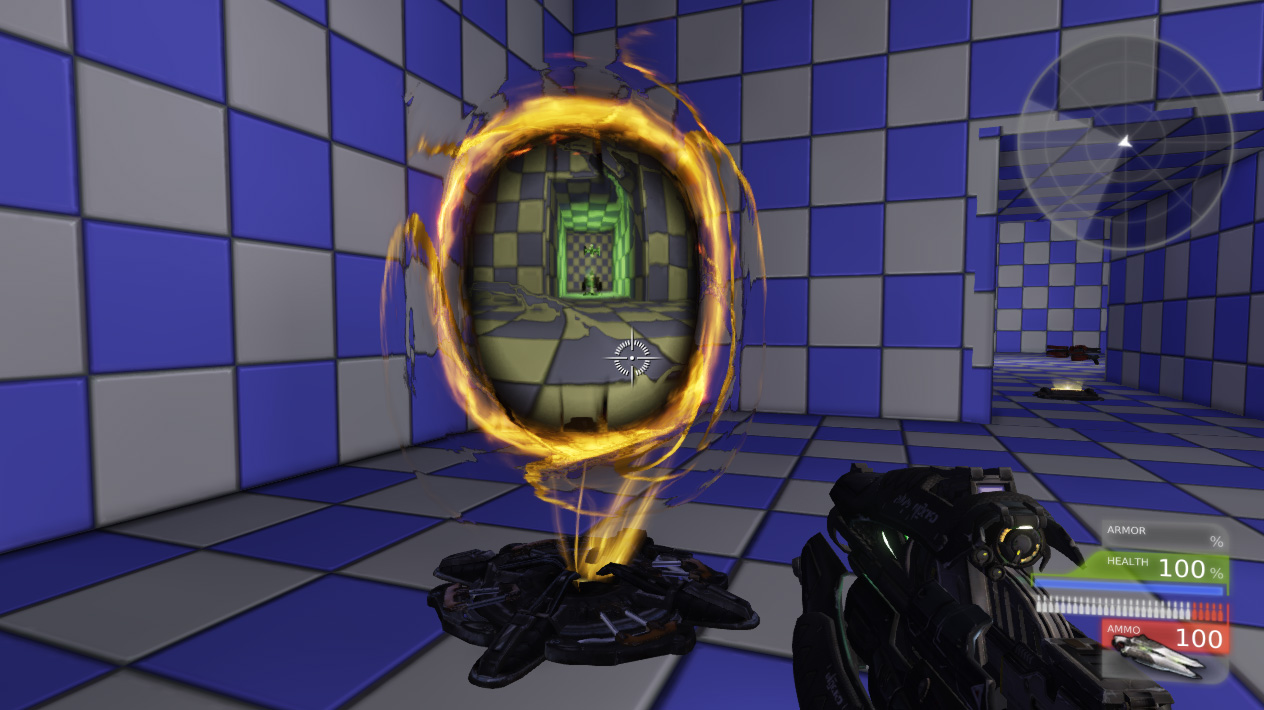 With the portal I can sneak up on my unsuspecting enemies.

After placing enough spawn points I moved on to adding other features. First was a jump pad, which provided participants access to a ledge that was otherwise out of reach. Next up I added a series of pick-ups, including health packs, and various weapons, including a rocket launcher. I even connected two portals together, giving quick access between the first and third room. 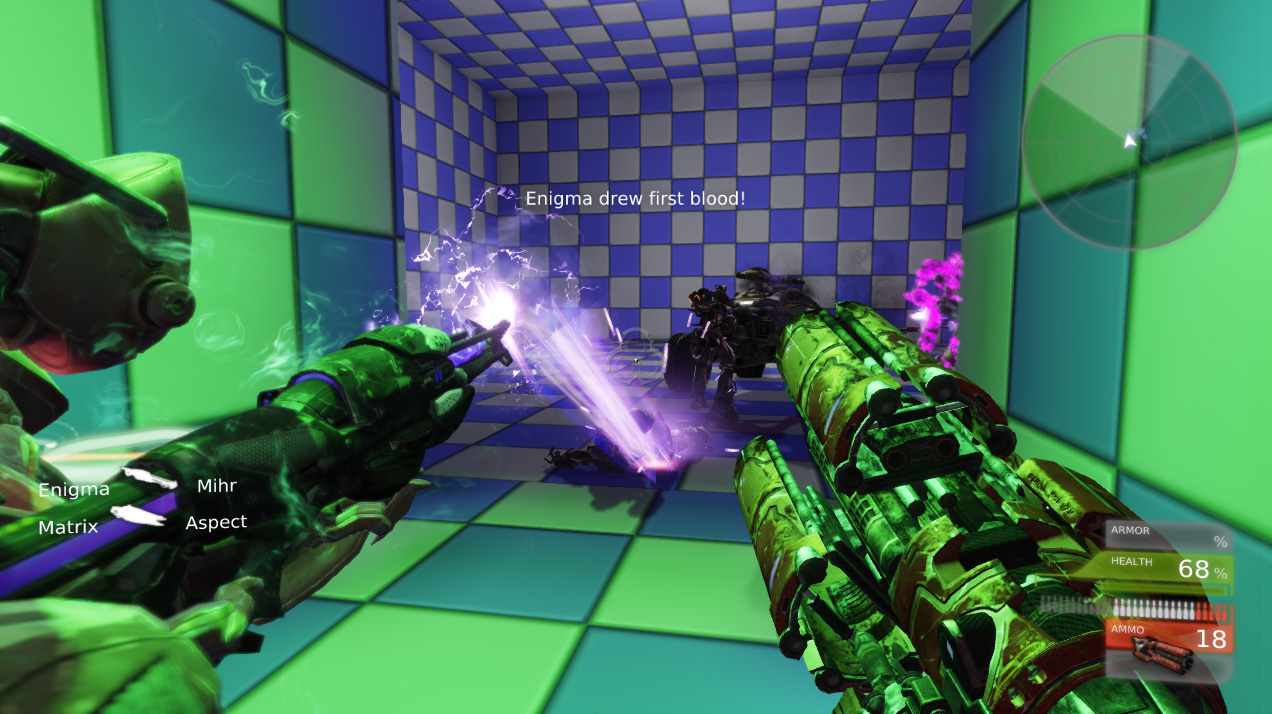 The rocket launcher comes in handy when the going gets tough.

The icing on the cake was the vehicle I dropped into the centre of the map. My plan was to crush my opponents under its wheels, unfortunately I’d neglected to consider that any bots would be able to drive the damn thing too. So I actually spent the majority of each game’s time trying not to get run over myself! I’ve also been experimenting with UDK’s Kismet editor, which allows the creation of interactive scripting events. There’s even a timeline system that’s not too dissimilar to Flash’s own timeline, making it straightforward to build moving platforms and lifts complete with trigger points.

All good fun and it’s always good to be looking at new things.