Thibault Imbert is a Trendsetter

A few months back I forced my sister-in-law to watch a really cool video showing off the capabilities of the upcoming Molehill APIs. Even though she’s not a Flash developer, she gazed at the screen in amazement and I was happy that she seemed to get it. 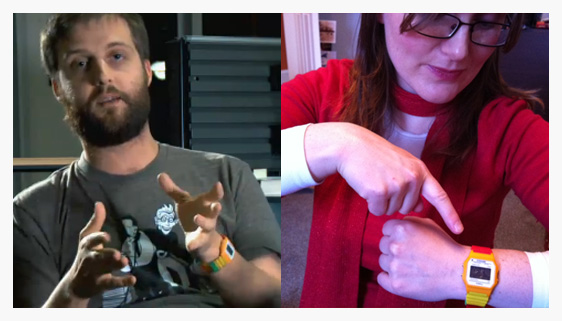 Double rainbow watch all the way across the screen.

So I was a little confused when I started talking to her about Molehill recently only for it to quickly transpire that she had no idea what the heck I was talking about. Turns out she hadn’t noticed the magic of Molehill. Instead it was Thibault Imbert’s cool watch that had caught her attention. So much so that she went out and got herself one.

So there you have it. Looks like the people in the Flash community can be an inspiration to not just other Flash developers, but those who know nothing about it too.