Flash Websites? There’s a Phone for That.

I really like this Motorola Droid 2 ad that was printed in the Wall Street Journal the other day.

Considering most average users probably haven’t even heard of Flash it’s good to see the platform get a name check. 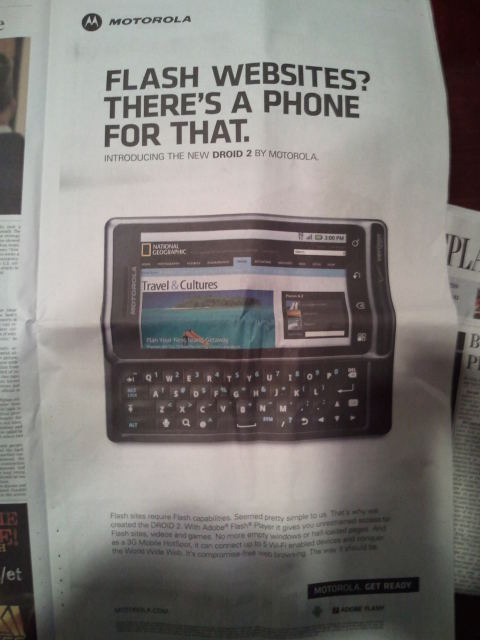 I found the dig at Apple quite amusing if not a little risky. Apple has such a loyal support that I won’t be surprised if it sparks a whole new round of Flash bashing.

Fingers crossed it doesn’t. Personally however I think the real battle Flash has to win is the tablet space rather than mobile. Many Flash sites just don’t work on such small screens. The larger screen real estate presented by tablets should help alleviate these issues somewhat.