Edinburgh is such a beautiful city and was an ideal location for the first stop of Adobe’s CS5 Road Show. It gave me the opportunity to appreciate some great architecture as well as feasting my eyes on the new features that have made it into CS5’s range of products. Being primarily a developer I tend not to focus that much on the more design orientated tools so Tuesday was a great opportunity just to catch-up on some of the CS5 products.

Of course, it doesn’t matter how many times you see it in action, Photoshop’s new content-aware fill feature is simply amazing and Adobe’s representatives were eager to show it off as often as they could during the day. Dreamweaver was another that had a lot of interest at the event and with its support for HTML5 I thought it would be a good one to check out. It didn’t disappoint and is something I might try and tinker with if I can find the time. 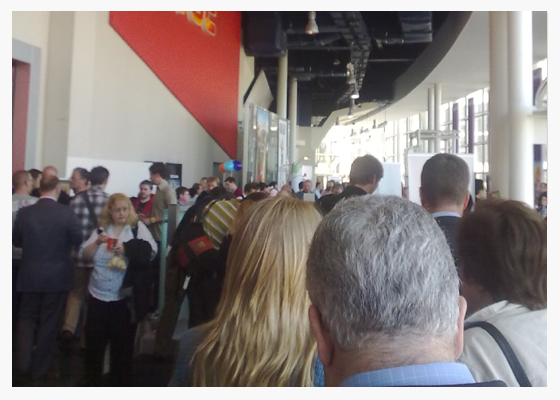 The highlight of the day however was Mark Doherty’s session where he demonstrated Flash Player 10.1 running on the Google Nexus One. It was great to finally see 10.1 running on a mobile device and I did manage to actually get some hands on time with the hanset at the end of the session.

The performance was reasonable but Mark informed me that the current beta build actually had hardware optimisation disabled due to a last minute bug just before the announcement at Google IO. It’ll be interesting to see just what can be achieved once the issue is ironed out and hardware acceleration is switched back on. This might also explain the really bad performance we’ve been seeing in some videos on the web.

One thing that niggled me, and I’ve constantly noticed this in videos of 10.1 on the web, is the difficulty Mark had trying to focus on and sending the Flash content into full screen mode. Again I quizzed him on this and he put it down to the Flash Player 10.1 engineers changing how this feature works between builds. Fingers crossed that this usability issue gets resolved as it doesn’t seem that intuitive at the moment and actually gives the impression that 10.1 is broken. 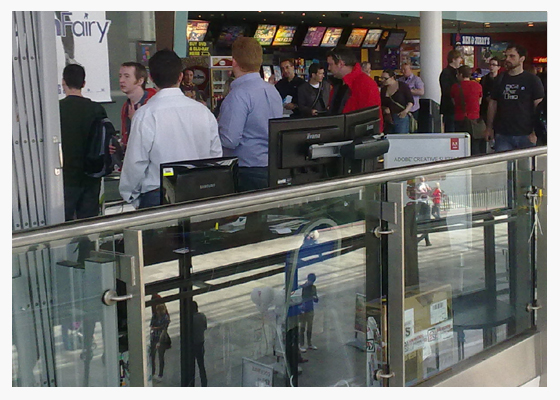 Oh and although I enjoyed myself I do have two serious complaints to make. Firstly there were no free t-shirts to be had anywhere. The Dot Net developers at work always get free t-shirts when they go to events and used my t-shirt misfortune to deride me and mock Flash in general. Secondly the cool badges that were being given out during registration – why weren’t there any Flash badges? Don’t get me wrong, the Fireworks badge I ended up with was pretty good but wearing it didn’t let others know at a glance what a complete Flash fan boy I am 🙂

If anyone at Adobe is reading this, please send me a medium t-shirt with a huge Flash logo on it and a few Flash badges that I can pin on the foreheads of my Dot Net loving colleagues. Thanks!

Posted by: ChristopherDate: May 26, 2010 Categories: Events Tagged:CS5flash player 10.1google nexus one
Flash: A Victim of its own Success?
Adobe’s WIRED Magazine makes it to iPad
UA-17254615-1