It took me long enough but I finally got around to seeing Indie Game: The Movie the other night at the Centre for Contemporary Arts (CCA) in Glasgow, and I must say I thoroughly enjoyed it. The film documents the development of independent games, through the story of three well known games: Braid, Super Meat Boy, and Fez.

While all three games were eventually released to critical acclaim, the development process was far from plain sailing. Struggling financially, and in some cases mentally, to keep up with the constant pressures of delivering a hugely anticipated game, the film paints a less than glamourous picture of what it’s like to write ambitious and creative software. 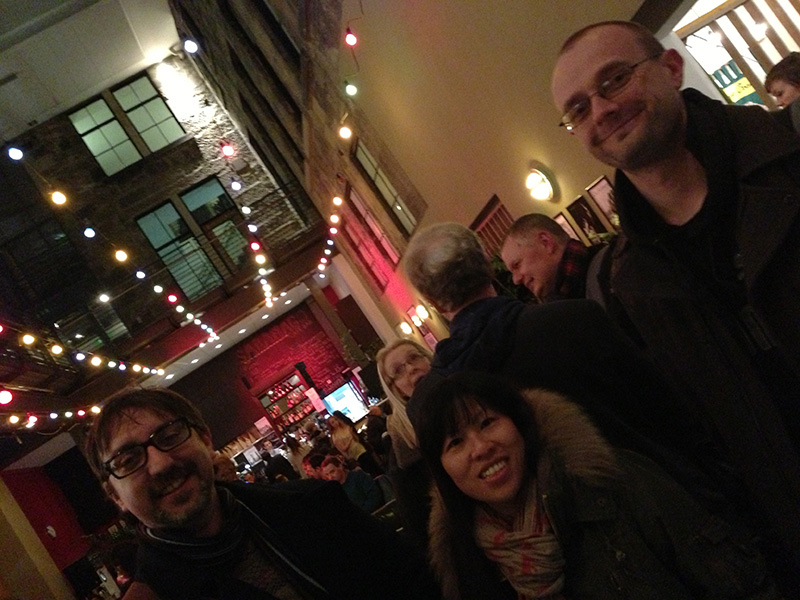 At the CCA with my three cohorts: Callum, Amanda and Ian.

Happily, it was worth the effort for these guys and all three definitely deserved their success. However, it would have been good to see the other side of the coin too. I’m pretty sure for every one or two man indie team that succeeds there must be hundreds who fail even though they put the same amount of love and effort into their creation.

If you’re in any doubt how hard it is to make a successful game, or you’d like to gain an insight into the creative minds that make such amazing titles then you should definitely check out Indie Game: The Movie. Highly recommended.